A History of Usability 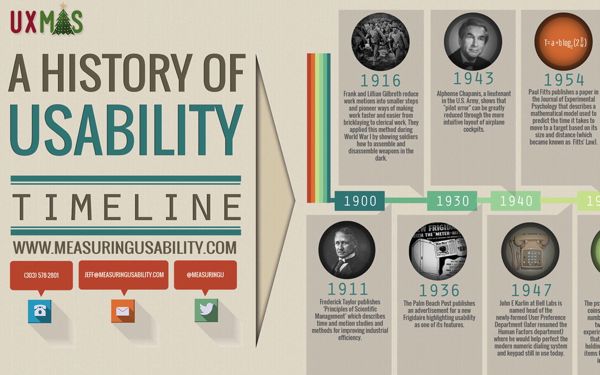 Jeff's infographic is a beautifully designed snapshot of the last 100 years of usability. A poster-sized print is available for purchase.

For those who prefer a text-based commentary:

​Note: this post contains affiliate links. We appreciate your support!

Jeff is the founding principal of Measuring Usability LLC, a usability and quantitative research firm in Denver, CO. He is author of over twenty journal articles and four books, including Quantifying the User Experience. Jeff has a masters from Stanford University and is a PhD candidate in Research Methods & Statistics at the University of Denver.