I've always considered myself a maker—that is, someone who creates and takes joy in the making process. A maker appreciates and celebrates the art of making, taking pride in combining form and function.

Maker culture is intrinsically tied to innovation. Back in 1975, a group of makers and hackers got together on a regular basis to exchange ideas, collaborate and show off various projects in the making.

One of the attendees was a 25-year-old tinkerer named Steve. Steve was prototyping some ideas for a computer; he would disassemble, iterate, experiment, and evolve his prototypes based on feedback from the Homebrew Computer Club.

The origins of my “making”

I first came to understand the power of iteration when I was very young.

One of my favourite toys as a child was the toy parachute. I would make a toy “soldier” out of a wooden peg, add a chute from some material that I found around the house, then throw it off a balcony and watch the toy soldier float down to the ground. What I loved about this toy was that I could make it from things found easily around the home, and there were just so many possibilities! Could I make it reach the ground faster? What would happen if I used a heavier soldier? What if I changed the material of the chute?

Looking back, I had no idea that my sense of curiosity and the enjoyment of making something from scratch was the start of my journey towards being a maker—as a UX designer, I often spend a fair chunk of my day manipulating bits on computer screens, quite removed from the tactile, physical maker world.

A few years ago, my maker tendencies were unleashed when my husband and I acquired a 40W laser cutter. I suddenly rediscovered the pleasure of making and hacking physical objects, and began making my own jewellery that showcased my love of robots and science. In the process, I was reminded that I am a maker.

It turns out there is much about maker culture that we can apply to UX design.

When I started making my first molecule-themed necklace—the caffeine molecule, appropriately—it took several iterations to arrive at the final product. All of my jewellery designs, in fact, go through some form of prototyping. I usually begin with a paper prototype, and then move on to the laser cutter.

After many attempts at laser cutting my caffeine molecule, I had three or four prototypes that showed potential. I then wore each of them for a few weeks to test their durability. Were they too sharp? Too fragile? Did they snag on clothing, sit well or cause chafing? I was, in essence, usability testing my own jewellery. During that time, the design underwent even more tweaks.

This is fundamentally the same process I apply to my UX work—prototyping is a key part of our design process at Stamford. Our prototypes start off as quick sketches, before going through a number of iterations. Prototyping is valuable because it allows our designers to explore a number of ideas with each other, the client and the end user before committing resources down a certain design path.

To quote Diego Rodriguez from IDEO, “Believing that you can prototype with anything is a critical constraint in the design process, because it enables wise action, as opposed to the shots in the dark that arise from skipping to the end solution…”

Innovation rarely occurs in isolation. Collaboration enables a cross-pollination of ideas and disparate domains, regardless of whether we are designing a physical object or a website.

The EyeWriter is a great example of collaboration driving innovation. An open source eye-tracking system that allows people with motor neurone disease to draw using their eyes, the project came about as a collaboration between legendary L.A. graffiti artist Tony Quan (“Tempt1”) and a group of artists and hackers from the Graffiti Research Lab, OpenFrameworks and Free Art and Technology communities. Quan was diagnosed with degenerative nerve disorder Amyotrophic Lateral Sclerosis (ALS), which left him physically paralysed except for his eyes. After being successfully funded on Kickstarter, Quan is now able to use the EyeWriter to continue his art.

As UX designers, we work with people from a range of backgrounds—subject matter experts, HR teams, front line staff, and developers. Collaborating with different people can lead to innovative ideas and solutions—we can build on each other’s ideas and make something bigger and better than what one person could do alone.

Learn to fail or fail to learn

We’re often taught that failure is bad. However, being wrong is a key step in the learning process.

In the book Being Wrong, Kathryn Schulz states:

“Of all the things we are wrong about, this idea of error might well top the list. It is our meta-mistake: we are wrong about what it means to be wrong. Far from being a sign of intellectual inferiority, the capacity to err is crucial to human cognition… Thanks to error, we can revise our understanding of ourselves and amend our ideas about the world.”

Makers fail many times, but with the power of prototyping they are able to figure out their problems and learn how to improve their idea through iteration. By failing, we can figure how to do new things. Importantly, they don’t give up. While an idea may not work, the learnings one can gain may be instrumental in the next iteration, or next project.

Go forth and make

Apple was founded on the maker culture principles—they worked to constraints, they prototyped, they collaborated with people at the Homebrew Computer Club, and they learned to fail. This approach was one of many factors that has contributed to the creation of one of the largest and most successful companies in the world, centered around crafting clean, beautiful products.

The maker ethos is a solid foundation for UX work. As my workmate Jon says:

“We need to remember that our skill is as much in the way we like to create, not just in how well we can create.”

We are not just repeating and improving previous work. We are experimenting and marvelling and failing and discussing and sharing…

We are all makers. Go out, get excited and make things—and enjoy the making process! 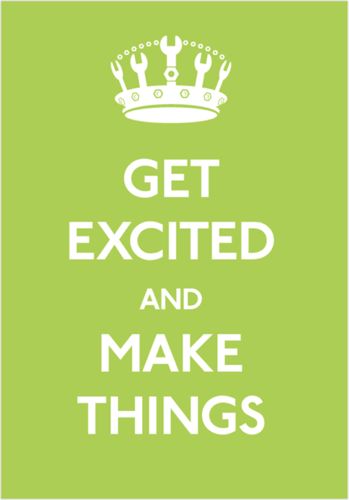 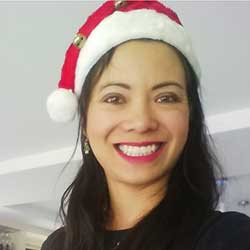 Ruth is a design researcher and design leader from Canberra, Australia. In the last 16 years, she has worked across a range of industries, from airlines, to banks and government, doing research and design. She loves design research as she's fascinated by why people do the things they do, and how technology integrates into people’s lives. In her spare time, she makes science and geek themed jewellery under her Crankybot design label, using her lasercutter in her workshop.