7 Things I Wish Everyone Knew About Interaction Design

When you’ve been doing interaction design for 2 decades you become familiar with the most common gaping holes in the knowledge of the interaction design practice. If I could wave a solstice holiday wand this year, I’d implant the following ideas into people’s heads so we could plug those holes and move the practice forward.

1. Yes, Virginia, it can be defined

If I had a dime for every time I heard “interaction design can’t be defined, but…” I would have…a frustrating amount of dimes. Such proclamations strike me as lazy. Just because it’s difficult doesn’t mean it’s impossible. Let’s give it a shot here.

Design is the optimization of a system for a set of effects.

Bam. Whoa. Simple and powerful, and sets out the hard truths that we are system thinkers with goals.

Interaction (Computer) is the manipulation of state-based systems for a set of implicit goals.

You can imagine different subtleties for interaction (human) and interaction (artificial intelligence) but the above definition works in terms of the way most practitioners practice today. This is the root of our concern for affordances, controls, feedback, mappings, and flow. Together, these make a useful and rich definition of interaction design.

Interaction design is the optimization of state-based systems towards a set of stakeholder effects that include implicit user goals.

No, this is not going to be sung to a crowd of teary-eyed thousands in a stadium with flags bravely waving, but it works.

I wouldn’t have to hear or read that lazy-ass phrase again (“it just can’t be defined”) and we could shave a few meaningless seconds off of conference talks.

Say you’re at a family gathering waiting for someone to pass the potatoes, or maybe your’re in the elevator with a potential client. They ask, “So what is it that an interaction designer even does?” If you don’t have an answer that’s succinct, explanatory and leaves them wanting more, you’re going to risk your next awesome project or worse, cold potatoes.

“Thanks for asking, Aunt Carmela. When a company wants to get software done right, we answer three important questions:”

Sure, Aunt Carmela will nod and move on to the next topic, but that SVP in the elevator now understands why you’re strategically important. Especially when I’m outside of Silicon Valley, I hear about how interaction designers still have to sell the concept of themselves, and given that software without interaction design can, literally, kill people, that makes no sense.

3. Holy wow, it is genuinely hard to do well

An old colleague of mine at Cooper used to say that there were only 200 people on the planet who could do it well. Even if he was off by an order of magnitude, that’s a tiny global talent pool. What makes it so hard?

You have to master a lot of disparate domains—how people work, how business works, and how computers work. Each of these topics can be a PhD in itself. Humans are complex and idiosyncratic. Business goals can be long and even contradictory. Computers are the single most complicated machines ever created. Good luck with that.

On top of needing expertise in these fields, you also have to be an expert at dialogue and facilitation, coordinating the stakeholder, product managers, and development teams who are all supposed to be working together, but don’t speak each other’s jargons and answer to different masters. You can be facing hostile work methodologies and hostile politics, while building authority in the eyes of the stakeholders as well as credibility for the development team that actually has to build your designs. Most everyone has used interactive products before, so they also have opinions about how they think it should behave and offering their (sometimes uninformed) opinions.

Demand, respect, effectiveness, and appreciation for the industry would increase.

4. Personas and scenarios are still the best tools 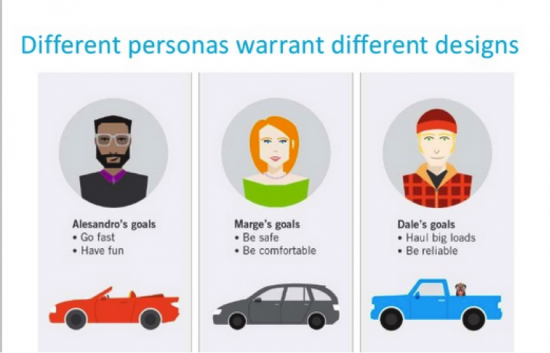 No, personas and scenarios aren’t perfect tools. I’d challenge you to find a perfect tool that works with such complex and often wicked problems. But they’re still the best tools we’ve got.

People are good at people. That’s personas. People are good at stories. That’s scenarios. Conversely, people are generally bad at thinking about users and technology. Personas and scenarios scale. You can use them in a napkin sketch and they can be the basis for a longer-term strategic design initiative.

Lower the cognitive friction of the tools of understanding, and you get to good design quicker and more predictably. If they get you into the right frame of mind for designing and even evaluating design all the better.

No, personas are not perfect. Too many people have seen bad examples of them. Personas can introduce a WYSIATI bias (that is, if you don’t bother to think systemically, see #5, below.) Personas do not address tragedies of the commons. They only account for one part of the triple bottom line evaluations of design strategies. Though they can be fundamental to business goals, it takes several steps of explanation to connect business goals to personas which can look like the results of a creative writing workshop.

Scenarios are not perfect. They can also introduce a WYSIATI bias. Designers can use the instance to hide flaws in the strategy. They can allow a designer to paint the target around the arrow, and have their design work perfect! Every time! They take a lot of caretaking and iteration over the course of a project.

That said, the alternatives to personas and scenarios suck. Designing without them, there is very little way to contextualize design decisions, to prioritize them, to manage trade-offs or to convey why a given design will be effective without them. You’ll end up designing for yourself, or the loudest opinion in the room, or for an “elastic user,” ultimately producing design that fails to inspire love in your product.

People would stop making poor straw-men versions of personas and scenarios, critiquing them as if they were these terrible things, and then reinventing them under a different name. Props to us for continually acid testing our first principles, but so far I haven’t seen any tools that can top them.

5. You work in the instance, but think about the system

Interaction design is systems work. You very rarely build for just one person. It’s many users with many goals and capabilities, operating on many machines across many circumstances, often together on many different types of tasks across many time scales.

But people are terrible at holding all that complexity in their heads. Personas and scenarios help manage all that complexity by getting designers to think about representative instances of people and stories. But responsible professionals understand and compensate for the bias of their tools, and that means keeping the system in your mind at the same time. Yes, you think about what this screen means to Carl, but you also have to check in with other personas and even the entirety of the user group. Brain weary decisions can be made just for him, but after your nap, you need to break the fourth wall and think about the whole thing. It’s a pain. It can be dizzying. It is vital.

More iteration on the cheap whiteboard than in expensive working code tested on users that ultimately risks the brand.

6. You get more done, better, in pairs 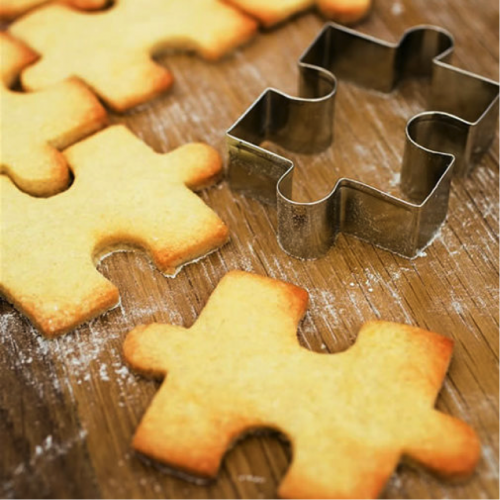 I don’t know of a single designer out there who would go back to working solo if they can help it. The quality of pair designed work is better. The designers themselves are focused and happier. Knowledge sharing turns teams of designers into functioning communities of practice. Pair design is smart design.

More effective design, iterated faster, with focused designers. Even times of design stress can be made better and more palatable. Yes, even for us introverts.

With the major changes over the past several years for San Francisco Bay Area studios like Hot, Adaptive Path, and Smart, there’s been talk about consultancies vs. in-house design. People keep asking if the need for consultancies is drying up. But c’mon, apples, think about these oranges.

In-house designers know how to get things done in an organization. They build up years of familiarity with tricky domains and user bases. They deal with long-tail questions and problems that crop up after release. They can develop longstanding personal relationships of trust with developers. Ultimately, their neck is on the line.

Consultancies and independents can speak truth because they don’t risk their jobs by doing it and are not beholden of the organizational structure. They build up years of cross-domain patterns and tools, and can see a given problem with fresh eyes that can question fundamentals. They are good at redefining products and services from the ground up. They are good at disruption. Organizations pay them a lot of money so they listen carefully to what is said. Ultimately, their reputation is on the line.

Yep, both are needed. Yep, it can be expensive. Yep, it’s worth it.

An end to the either/or frames in discussions about where the industry is headed. It may tend to one side or the other, but I don’t see anybody going obsolete any time soon.

One sparkly wand wave later… There. That’s better, isn’t it? The basics down, the respect for the complicated work we do, great tools on hand, effective processes to work through, and interaction consultants of all flavors holding hands and smiling at one another— either lounging on a beach if below the equator, or cuddling by a fire if above.

A nice wish for a new year, yes?