Santa, the Child, and the Magic of UX

Christmas as an adult can be a tumultuous, exhausting event, what with the excess of relatives, food, alcohol, travel, spending, lamenting, arguing and delight. But for a child there are few experiences more magical than going to sleep on Christmas Eve and waking up to untold treasures delivered to them overnight by Santa, direct from the North Pole.

In honour of UXmas, let us exalt Santa as the ultimate experience designer.

Now, until Jesse James Garrett published his diagram The Elements of User Experience in 2000, Santa's approach to designing the ultimate user experience was ad-hoc, inconsistent, and disjointed. Since then, he's honed his design craft, and made the season much more bearable for the elves.

In this piece, we’ll share with you Santa's yearly approach to creating the child’s Christmas experience: from user research to planning and taxonomy, and from implementation to launch. 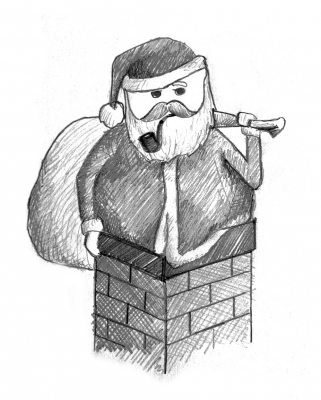 Santa has been practising his design craft for many years and his yearly routine is well set up. Come November, he has parents and teachers across the globe cajoling their children into writing sweet earnest little letters, telling him the gifts they want and swearing black and blue that they’ve been good.

Once the letters come in, Santa puts the elves to work on the analyses. He commissions a ‘topline report’: a set of emerging themes and early insights as described by Steve Portigal in Interviewing Users. And to make sure the quantitative data they gather is sound, he takes the elves through Jeff Sauro and James R Lewis’ chapter on Confidence Intervals from their important book Quantifying the User Experience.

Santa gives the elves the primary objective of establishing which gifts will go to which children. To do this, the elves will need to note the wishes of each child, and take into account:

Santa then gets the elves to build personas that they can refer to as they plan. He shuts the elves in an office and gets them to watch Matthew Stibbe’s presentation on personas before they do so.

Of course, Santa also draws from the research he completes throughout the year. In June and July, he’s been known to disguise himself as a bus driver to complete ethnographic field research to observe the actual behaviour of children instead of having to simply trust what they say (a philosophy of UX research that Santa advocates). He posits questions like: ‘What new slang words are there this year?’ and ‘How are children behaving around their parents’ and ‘Are children naughtier in general than last year?’ On his return, he completes an Insights Clustering Matrix, a process outlined by Vijay Kumar in 101 Design Methods.

Now, Santa does not, nay, cannot, tailor individual gifts to every single child on the planet. He’s just one man—a motivated, jovial and somewhat magical rotund man, with a lot of dedicated elves, but just one man all the same. It’s a balancing act.

Without completing this user research, neither Santa nor his elves would be able to make sound, evidence-based decisions as they move into the planning stage.

And Santa, being the UX craftsman that he is, would cancel Christmas entirely before he’d go ahead without completing his user research.

‘How the heck am I going to do this all in one night again?!’

Let’s be real here: Santa has done this Christmas thing many, many times. But he never gets tired of it because each new Christmas UX project presents new problems to solve, and new data to analyse.

Santa spends the last two weeks of November planning the implementation and launch, which is set to kick off late on December 24. He needs to create a new route taxonomy every year, so he gets his elves to map out any new houses, subdivisions, and neighbourhoods by following Heather Hedden’s advice from Chapter 8 of The Accidental Taxonomist. The elves also analyse any new weather patterns that might hinder his trip. And, of course, they make note of the children who have been born, and a special note of the children who’ve found out Santa doesn’t actually exist (because he sure as hell ain't giving them anything).

Deliveries have to follow the timezones as well. Being that he lives in the North Pole and has to kick the night off in New Zealand, he must get to the Southern Hemisphere with plenty of time to spare. But he’s OK with this because he agrees with the sentiment of Whitney Quesenbery and Daniel Szuc in Global UX: when you’re in a different timezone than your project partners, being ‘willing to accept some of the pain [of having to collaborate after-hours] is one way to set up a good relationship.’

To pull everything together, Santa and his elves create a UX project plan based on the advice from James Chudley and Jesmond Allen in their excellent article (and downloadable chapters) on Effectively Planning UX Design Projects. They refer to this plan often, and adapt it when new information comes to light.

Santa is nothing if not nimble.

‘And we’re off! Rudolph, you little bastard!* Not that way! Go left…!’

As product manager and experience designer, Santa knows the power of bringing his team along with him. So early in the evening of December 24, Santa gathers his elves and reindeer to remind them all why they’ve been working so hard—to create a magical experience for the children of the world. He reiterates the importance of getting the details right by citing John Ferrara’s assertion in Playful Design that ‘fun emerges from the experience when all of the elements work together.’

Santa also knows he needs to strike the tricky balance between satisfying the mental models of the children he serves and surpassing their expectations. He knows that every new Christmas needs to provoke in children what Eric Reiss refers to in his compelling book Usable Usability: ‘retroductive inference — recognizing a pattern from a past experience that can be applied to a new, but related, experience.’ If Christmas suddenly looked like Easter, it wouldn’t work.

So Santa is sure to give himself enough time to:

But while being careful to create a Christmas that is inherently Christmas, Santa also needs to up his game. The child’s Christmas needs to be more magic than last year’s — Santa can’t give the same iPad, the same pink two-wheeler with ribbons, the same Harry Potter. So, committed to the user experience of the child, Santa only gives gifts that meet the standards of the day. This year, of course, it’ll be iPhone sixes, Lego Particle Accelerators, and Occulus Rifts.

*Rudolph is a notorious alcoholic, as we all know. 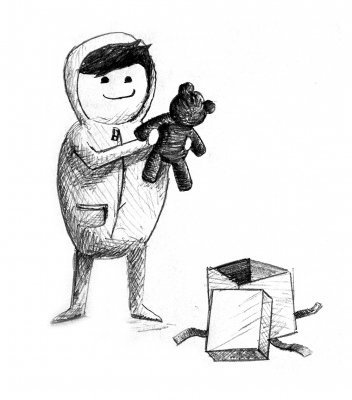 Santa has, over time, designed the kind of user experience that causes a palpable frenzy of joy in children across the world. To create this momentum, Santa has often fallen back on Nir Eyal’s Hook Model, which ‘explains the rationale behind the design of many successful habit-forming products and services.’ Thus, on Christmas morning, the child just cannot help himself. He wrenches himself awake hours before he usually arises, and flings himself down the stairs to see what awaits (which, according to Eyal, will include a lovely surge of dopamine).

Everything is as it should be, and more. 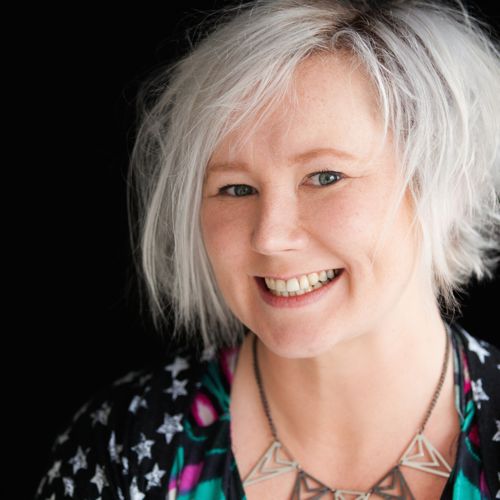 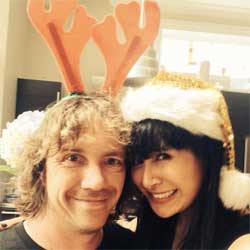 Andrew is the CEO at Optimal Workshop, a suite of user research tools designed to help designers and information architects improve the user experience of their products. He’s a big advocate for creating better and more meaningful experiences for all, and channels that mantra through his work at Optimal Workshop. Aside from UX-related things, Andrew has a love for dabbling with inventions.