Stripping UX Back to the Bare Minimum

We often think that if a product or app has a good user experience then it must look and feel “good”. This is partially true, but good UX does not necessarily need to be polished. One example is the most talked about innovation this year in Indonesia, kawalpemilu.org.

A little bit of background

Indonesia runs its presidential election every five years. This year was particularly interesting because both parties were equally strong and backed by completely different groups of supporters. The election divided the nation in two, and on Election Day both parties claimed victory from their own sources. However, the official final result was announced by the election committee about a month after Election Day. There was widespread skepticism and doubt about the process, particularly about the idea that it was prone to manipulation.

A group of Indonesians created a site called kawalpemilu.org (kawal pemilu means guarding the election). The site obtains scanned results from the official election committee’s website, and encourages volunteers to digitize the scanned data, which can then be verified by anyone. The site does not incorporate particularly flashy visual design, but it delivers a deep and meaningful experience to the user—arguably the most important aspect of UX. 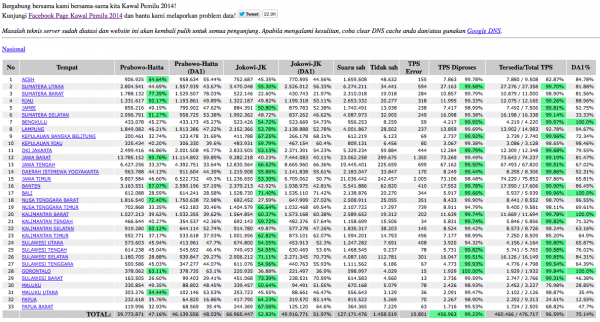 How did Kawal Pemilu deliver a great user experience?

1. It was useful and met real user needs

Kawalpemilu.org meets the needs of Indonesian citizens by helping them keep track of the results from the vote, thus countering any attempts at manipulation. The site updates them with a vote count, which can be verified by a trusted source.

2. It was relevant to the context of time and space

Developed only in two days, kawalpemilu.org was up in time to track the election result right from the beginning of the election until the final official announcement was made. It's also relevant to the context of access—putting this information online makes it accessible to anyone with internet connection.

The site is quite easy to navigate and use. The stripped-down design, with no heavy images or styling, is fast to load—crucial because so many Indonesians have a poor internet connection. The site does not have a search function, but it could be argued that this is not needed, since the content can be easily categorized by geographical region.

4. It encouraged users to be part of the product to achieve a common goal

The site allows anybody to be a part of it: about 700 volunteers helped with digitizing the scanned data. After the data entry was completed, anybody—yes, anybody—was able to participate by checking whether the data entered was accurate based on the scanned form as well as the count that the volunteer witnessed in his or her location on Election Day.

5. It was meaningful and delivered deep meaning to the users

The site addresses the core emotional and meaningful need of citizens—the need for truth and safety. Like many people, Indonesian citizens have a desire for a clean and transparent system to carry their nation towards a better future. Never before had we imagined that an election could be this transparent.

These five criteria are the foundations of a great experience. Anything beyond this is extra.

Kawalpemilu.org does only one thing, and it does it very well: forget the unnecessary features, strip back the design, and focus on what’s really meaningful to the users.

It’s not easy to create something that is so simple in its essence, but the impact of doing so can be profound. 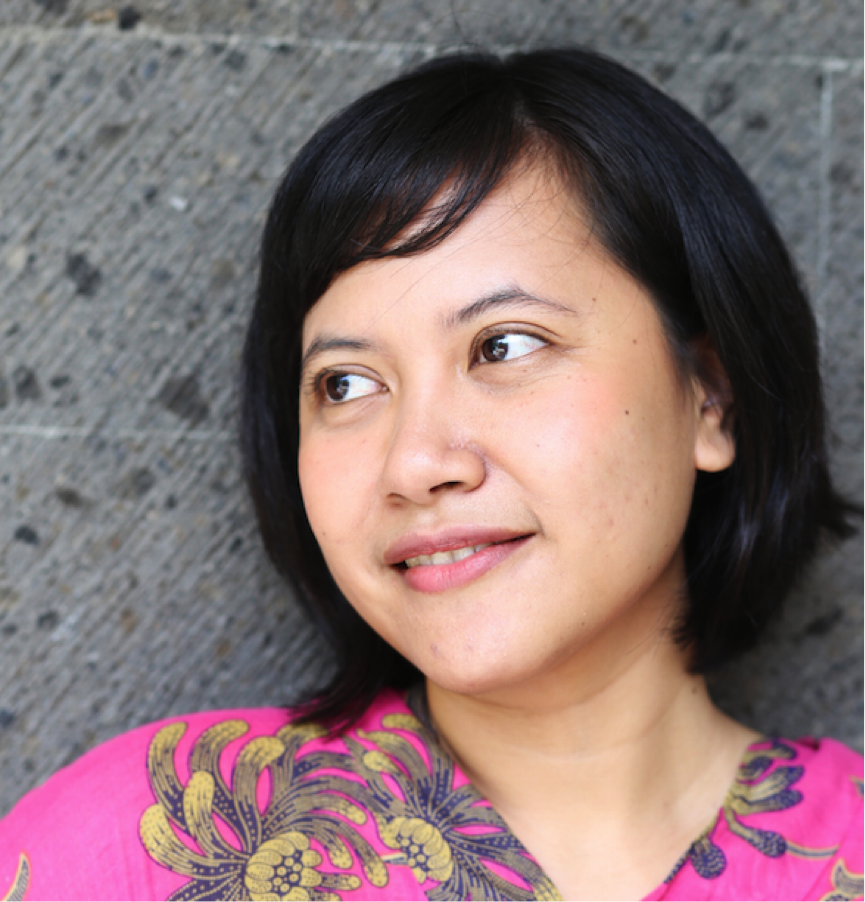 Ketut is the founder and principal consultant at Somia Customer Experience, based in Indonesia. Sulis has over 10 years experience in design research, user experience design, and training. Prior to founding Somia, she spent 12 years in Singapore where she worked as Senior UX Designer at Hewlett-Packard, Dell, and Reading Room. She holds a bachelor degree in product design and a PhD in Human Factors at Nanyang Technological University. Sulis loves nature and beach (which is why she is now living in Bali) and wants to bring humanity and meaning back into business.