Before You Know It: How Feeling Confident Triggers Our Decision-Making

Want to learn more about this topic? Email The Team W if you’d like a coupon for the Brain and Behavioral Science online video curriculum and Certificate: info@theteamw.com

People make a decision when they are confident in the decision. The feeling of confidence is what triggers them to make the decision, to take action by making a decision. Research shows this, and researchers can actually see neurons fire in the brain—or sometimes hear neurons firing in the brain (because neurons make a slight electrical noise when they fire)—but they can see or hear when that happens, and they know it’s related to confidence.

So it’s not like you have this idea of “Oh, if I collect enough information, if I have enough knowledge, then I’m ready to make the decision”. Yes, that’s true, but how much is enough? It has to do with the feeling (and it is a feeling, an emotion, a feeling of confidence) that “I have enough information, of the right information. I’ve talked to the right people and I’m confident of my decision” That's when you make the decision. You might actually be making it without any good information, but if we feel confident about it we can go ahead and make it.

In fact, with some of the new research techniques we have about looking into the brain and what’s going on in the brain, we can actually see when someone makes a decision. Researchers have been able to see when someone has made a decision. If they give them two options they can see which option has been chosen, on average, seven seconds before the person is aware that they’ve made a decision… before the person is consciously aware of what they’ve decided, and before they take an action. 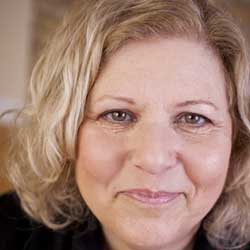 Susan Weinschenk has a Ph.D. in Psychology, is Chief Behavioral Scientist and CEO at The Team W, Inc, and an Adjunct Professor at the University of Wisconsin. She consults with Fortune 1000 companies, start-ups, governments and non-profits. Dr. Weinschenk is the author of several books, including 100 Things Every Designer Needs To Know About People, and How To Get People To Do Stuff. Clients include Medtronic. Walmart, Disney, Amazon, and the European Union Commission.