Semper Gumby is an unofficial motto for the United States Marine Corps (and other military services). Adopted at a grassroots level, it references the official motto Semper Fidelis (Always Faithful), while invoking the built-in flexibility of that green clay character. It declares that successful military personnel must adapt to changes.

Planning, of course, is essential to successful fieldwork. Researchers learn—typically after losing some data—to bring extra batteries, to remind themselves to start the recording gear, to double-check they’ve brought along incentives and releases and interview guides and prototypes, and so on. But as these stories remind us, there’s no complete set of circumstances that can be fully planned for. There is no plan that can fully allow for the range of circumstances that can (and will) arise in and around fieldwork. Semper Gumby, indeed.

Here is a user research war story shared with me by Alicia Dornadic and her team, where they try—and fail—to plan for the most basic of human needs…

Going to someone’s home for the first time to interview that person, especially in an unfamiliar culture and language, can be awkward. Showing up with two researchers, a cameraman, and a couple of clients in tow—all of whom are overcaffeinated and in need of a bathroom break—can make for a circus act. These were three-hour-long interviews, too. So, despite our best efforts to arrange feeding and peeing times before getting to the person’s home, we usually all had to pee at some point during the interview.

But our translator was the absolute queen of tinkling. The first day I was understanding. “Maybe she’s sick or nervous,” I thought. She would take two to four breaks during each interview, which left the rest of us smiling and pointing at things dumbly, trying to make conversation in her absence. By the end of the week, my patience was shot. I was ready to strap some adult diapers on her. I would glower at her every time she asked for water, tea, or a soda. “Really?” I thought, my eyes on fire, “Should you really be having that?” I’m not proud of this. But I couldn’t help being annoyed.

Finally, karma came to bite me on the ass. It was at the end of a long interview at the end of a long day, and I broke down and asked if I could use the restroom. Our host pointed to it, and I stumbled inside, missing the two-inch step down into it. There wasn’t a lot of light in the bathroom, and it was cluttered. I couldn’t find a switch. But no matter. I go. I reach for the toilet paper, and BOOM! CRASH! I take down the entire metal toilet paper rack off the wall, and it crashes onto the tiled floor. It was too dark to see how to fix it, so I had to come out and explain what I had done and apologize. Not only that, but my explanation and apology had to be translated! Translated and explained to two researchers, a cameraman, a couple of clients, and our participant. It ended up not being a big deal, but I was embarrassed. And I felt guilty for all my negative thoughts toward our translator. As much as I was annoyed at our tinkler friend, at least she didn’t break anything.

This story appears in the book 'Doorbells, Danger and Dead Batteries: User Research War Stories', which was published by Rosenfeld Media just last week. You can grab your own copy with a 20% discount using the code UXMASTERY20 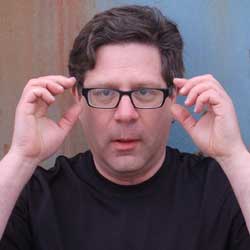 Steve is the Principal at Portigal Consulting LLC – a consultancy that helps companies discover and act on new insights about their customers and themselves. He is the author of Interviewing Users: How to Uncover Compelling Insights and recently Doorbells, Danger, and Dead Batteries: User Research War Stories. In addition to being an in-demand presenter and workshop leader, he writes on the topics of culture, design, innovation and interviewing users, and hosts the Dollars to Donuts podcast. He’s an enthusiastic traveler and an avid photographer with a Museum of Foreign Groceries in his home.