The Impact of Our Design Work

It’s that time of year again–Christmas is almost upon us, and it’s time to wind down from another hectic year of UX-ing. For a couple of weeks, we get to down tools and reflect on the year that’s past. More importantly, it’s a chance to spend time with family and friends, and be thankful for what we have.

This year, I find I’m thinking a lot more about mindfulness - both in my personal and professional life. And, as I’ve been pondering, I couldn’t help but start thinking how the simple act of being mindful of others more diligently could benefit not only personal relationships and happiness, but also the wider community in general. As a designer, it is so easy to get so focused on deadlines, deliverables and such. Sometimes we fail to look at the bigger picture and understand the impact our simple design decisions have on people.

This has never been more evident than the events of recent weeks, especially when we consider the US presidential election. As an observer from afar who had a vested interest in the result (I lived and worked in the USA for over 7 years, and came to call Philadelphia home), I was blown away by the power designers had in deciding the fate of the country for the next four years. Obviously, no one designer tipped the balance of public opinion in Trump’s favour, but ‘designers’ in general did. Small design decisions had big impacts.

Let’s take a quick look at a few here now.

Facebook is an intriguing example. Throughout its existence, Facebook has tried to be a platform for people to share content with their friends and outside world, with little oversight. They create the platform, and let users find new ways to use it. The result was that during the election people were able to create and share biased, and often factually incorrect content with the masses. The bigger issue was the algorithms Facebook use to help promote news - which unintentionally promoted and shared these fake or factually incorrect news items with users of it’s platform. While people could be more objective about news shared by contacts, somehow knowing it’s promoted by Facebook legitimises it for some.

And what about Twitter? Who would have thought back in 2006 that Twitter would be the primary platform to hear the (often negative) ramblings of a President-elect. While it was amusing in the beginning of the primaries to read the Trump-isms, Twitter quickly became an avenue for both parties to spread their message, often in a heavily negative voice, for the world to feed off. The result was an electorate bombarded with noise from both sides of the election, making it harder and harder for the average punter to sift fact from fiction. But, beyond the stream of vitriol that thrown both ways, it turns out that bots were responsible for an estimated 5% of all tweets about the election, and a staggering one in every five election-related tweets from September 16 to October 21.

Objectively, this is equally exciting and terrifying.

Exciting because it illustrates that designers have the ability to make a real difference in the lives of millions upon millions of people. But terrifying because many designers are not mindful of their impact beyond simple project KPIs.

It’s too easy for designers to create products, and not think about how they can be used, misused, or the effect their work has on people’s lives. Mark Zuckerberg claims that Facebook influencing the election result is a “pretty crazy idea”, but for many the social media platform was the primary touch-point for election “journalism”. Facebook’s decision to allow a mechanism for fake news to be promoted to the masses may not have been intentional, but it did have an effect. And the result has consequences.

This all brings about an ethical dilemma: as a designer, how accountable am I for the way people use my products? It’s a question I’ve struggled with for a long time, and one that has influenced my choice in the places I work and the type of projects I take on. What I’m realising now is that as the pervasiveness of technology and our collective reliance on it increases, our responsibility as designers also increases. Small design decisions that seem insignificant while we’re heads-down cranking out wireframes to hit deadlines have a greater scope to do good or harm to our users. A user base that is growing ever more dependent on us, as their advocates, to provide ethical services and systems to help them in their daily life.

So, this UXmas, I’m making a conscious effort to be more mindful of my designs, and the impact they have in the world. We are fortunate to be practising our craft at an amazing time where we have enormous potential to do good and make people’s lives easier. I encourage each and every one of you to take a moment this Christmas to think about what kind of designer you want to be, and to start the new year with a goal of being mindful of your impact. 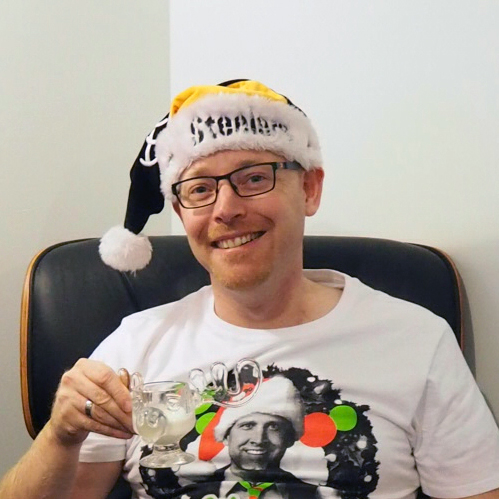 Gareth is a senior UX consultant at Thirst Studios in Melbourne. With over six years experience in the field both locally and in the USA across a wide range of digital products, he is a passionate user advocate and is driven to craft engaging and delightful experiences for his clients and their users.