When Santa’s Sleigh is Data-driven 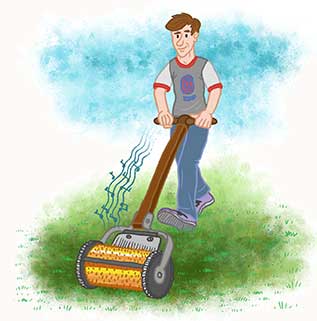 My two-year-old son, Jasper, is beginning to grasp the meaning of Christmas. Soon, he’ll be telling us all about the many toys he hopes Santa will bring.

The time is fast approaching when we’ll need to have The Talk.

This is what I’d say: Sure, Jasper, it helps to be nice. It’s no secret that Santa is a cynic, having been burnt too many times trying to satisfy the wishes of naughty, avaricious children. But beyond that simple requirement, you’d do well to arm yourself with compelling evidence.

Think back to the gifts you received last Christmas. Were you disappointed with the hand-me-down socks Santa gave you? Was the present you actually wanted a riding lawn mower that sings Frosty the Snowman and runs on ice cream?

Yes? Well, if you want to persuade Santa to invest in a singing lawnmower for you, you’re going to need to produce some evidence supporting your opinion that the socks are the wrong present.

Let's bring in half a dozen children and have each of them wear those socks for one business cycle.

If they report that the socks fail to provide warmth or garner acceptance from their peers, we’ll interview their parents. If the parents echo the children’s findings, we’ll be able to demonstrate that the problem isn’t with your circulatory system or that temper tantrums aren’t driving away potential friends.

Then, we’ll record why you believe that a carol-crooning grass-cutter will have a positive impact on those KPIs. Finally, we’ll put it all together in a PDF, and tuck it under Santa’s cookies on Christmas Eve.

You see, Jasper, the world runs on documentation.

Think about it, kid:

This family is a team, and if you want to keep this team in alignment with your wishlist, you’d better start drawing up some empathy maps.

The Talk is bound to create some awkwardness between us. But Jasper needs to understand that Santa is a no-nonsense boss. Under no circumstances will a new gift initiative be pursued without persuasive evidence. Who knows — maybe his findings will change the world, and Santa will never put another pair of socks under anyone’s tree again. But a dream is just that without documentation.

Kyle is a reformed midwesterner living on Long Island. Last year, he founded SuperHelpful, a design consultancy that helps nonprofits realize the economic benefits of user-centric, evidence-based content development. Kyle writes letters about design research twice a week. Last week, someone unsubscribed when he sent out a parody of a Tina Turner song about Google Analytics.