Board Games to Play with Smallish Teams

Earlier this year, I joined a new company, leading a smallish team of designers — about eight or so people.  One of my challenges was to create some team cohesion, especially given that only a few of these designers were assigned to the same project. Working together on challenging problems certainly brings about some camaraderie, but it’s more often the non-directed time that cultivates trust. Hence, social activities such as team lunches or “happy hours” are quite popular; I had something different in mind.

Sometimes, it’s healthy to take some time out of the workday and simply play together, on something not associated with any project. As a huge fan of modern board games, I thought why not play some games during our weekly team meeting?

Of course, finding good games that:

…is a bit challenging.

I am happy to report that over the last six months I’ve found a handful of great games that fit these criteria. Interested? Read on!

Codenames is THE game to start with. It’s won numerous awards — and for good reason. I’ve yet to find anyone who doesn’t enjoy this game. It’s essentially a word association game. “Spymasters” give a one-word clue that can point to multiple words on the board. Teammates try to guess words of the right colour while avoiding those that belong to the opposing team. There’s more to it, but you really should just go buy this game. Now. As one person on the team stated: “I generally don’t like games. This was a lot of fun.”

Unlike most games on this list, players can rotate in and out of this game (assuming you have at least six people, three players per team). This is great for a work setting, where some people may be late or another person may need to leave early.

If you enjoy games with a bit of bluffing or social deception, Spyfall is a great one to consider. While I’d heard favourable reviews of this game, it was one of the designers on my team who suggested we should play this one, which made it an easy choice!

Players are handed a secret card that lets them know where they are — a casino, space station, pirate ship, circus, (30 unique locations!) — except that one player receives the SPY card instead of the location. During an intense 8-minutes, players take turns quizzing each other, with subtly crafted questions and answers that hint at the location, without giving it away. The goal? Expose the spy, who is trying to bluff her way through the questions, evading identification. In turn, the spy is trying to determine the location, before time runs out. Spyfall was a lot of fun, with intense contemplation and quizzical staring around the room. Where Spyfall accommodates up to 8 players, Spyfall 2 works for up to 12 people. 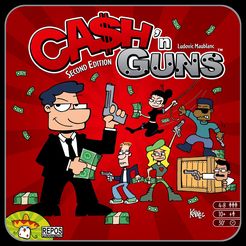 Remember that scene from the movie Reservoir Dogs, where everyone is pointing a gun at each other? Now imagine that as the premise for a game, and you have Ca$h ’n Guns. Each player takes on the role of a gangster during the split of a gigantic take. At the start of each turn, each player aims a styrofoam pistol at another player. The catch? Only you know if the gun is loaded with blanks, or one of your three bullets. 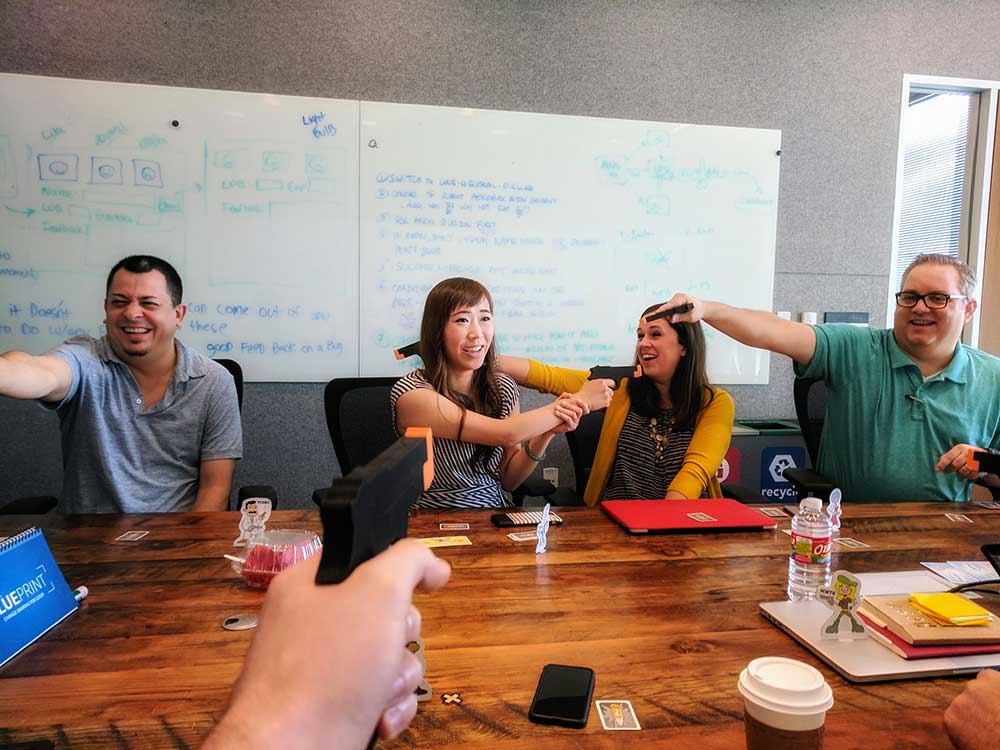 Stay in the game — and manage to not get shot — then you can take a share of the loot. Repeat over eight rounds, and the richest player (still alive) wins the game. This one was also a big hit, with tons of humour.

This game works for up to 8 players, though there is an expansion that will up this cap to 9, and introduces teams.

Tenzi is pure, unadulterated, fun. It’s a simple dexterity and dice rolling game, where players roll ten dice as fast as possible; the player who gets all dice on the same number and yells “Tenzi!” is the winner. While not exactly high on the strategy chart, it is a quick, exhilarating game, great for energizing people. I picked this one up from another team who is also playing games. While this is not my preferred style of game, it’s a good reminder that people are drawn to different kinds of fun, and dexterity and luck-based games have their place, too.

In Saboteur, players become dwarves, mining for gold. You dig your way toward gold by playing cards that each represent a section of a tunnel. The catch? Several of you are out to sabotage the mission, and direct your merry band away from the gold! Saboteur scales to 10 players. 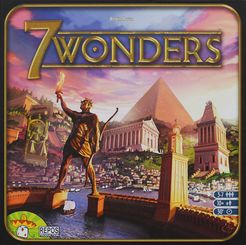 Most of the games on this list are of the lighter party game variety, with a lot more focus on luck, fun, and social interaction. 7 Wonders is not this. It’s a serious strategy game (and one of my favourite games of all time!). Strategy games like this are certainly not for everyone. But, if you find people enjoy the more strategic parts of Ca$h ’n Guns — splitting the loot — then you might try 7 Wonders.

Caveat: It does max out at seven players, but finding a strategy game that plays in 30 minutes (once everyone learns the rules) with this many people is rare. For a lighter alternative, you might also check out Sushi Go Party!, as it has many of the same mechanics and gameplay as 7 Wonders and scales to 8 people. 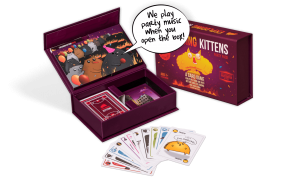 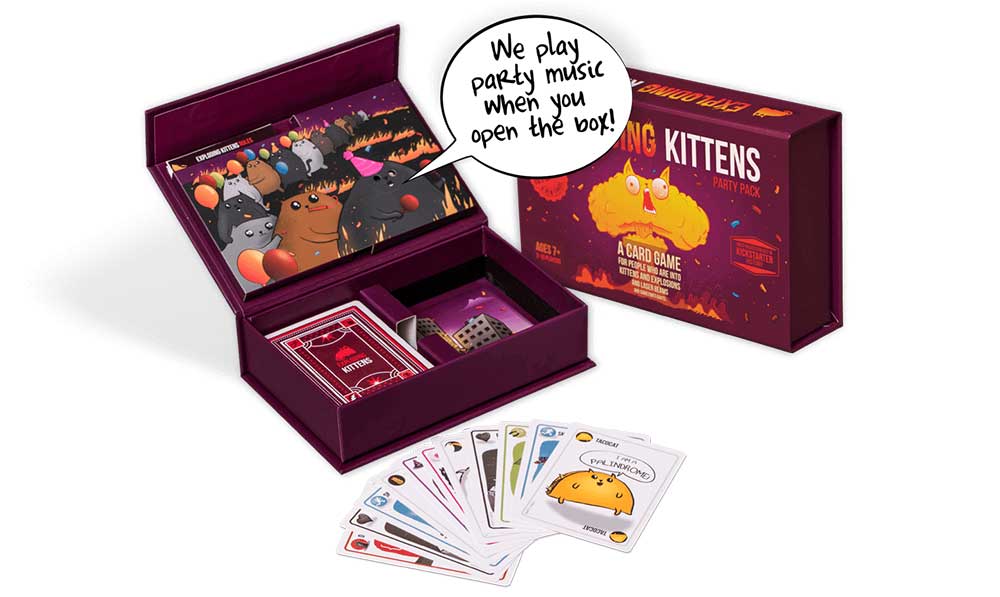 For the uninitiated, Exploding Kittens is a dressed up version of Russian Roulette. With exploding kittens. And hilarious illustrations courtesy of Matt Inman (the Oatmeal). I’ve had a raucous time playing the original version, but as a turn-based game, it caps out at five people. This updated ‘Party Pack’ edition claims “a new mechanism for balancing the game to the number of players in your party” (up to 10). I haven’t played it, but if it elicits the same response as it’s smaller predecessor, we have another winner. 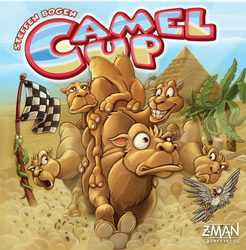 I played this one with one of my gamer groups, and… it really surprised us. It was a whole heck of a lot more fun than any of us expected. With Camel Up, up to 8 players bet on racing camels, trying to suss out which will place first and second in a quick race around a pyramid. The ‘antics’ of the Camels (stacking on top of each other), the adrenaline of placing bets, and the dice rolling out of the pyramid shaker provide plenty of entertainment.

On deck. Haven’t played, yet.