* Unless otherwise expressly stated to the contrary, the information in these panels is not a recommendation or endorsement and is not to be construed as an advisement or suggestion. 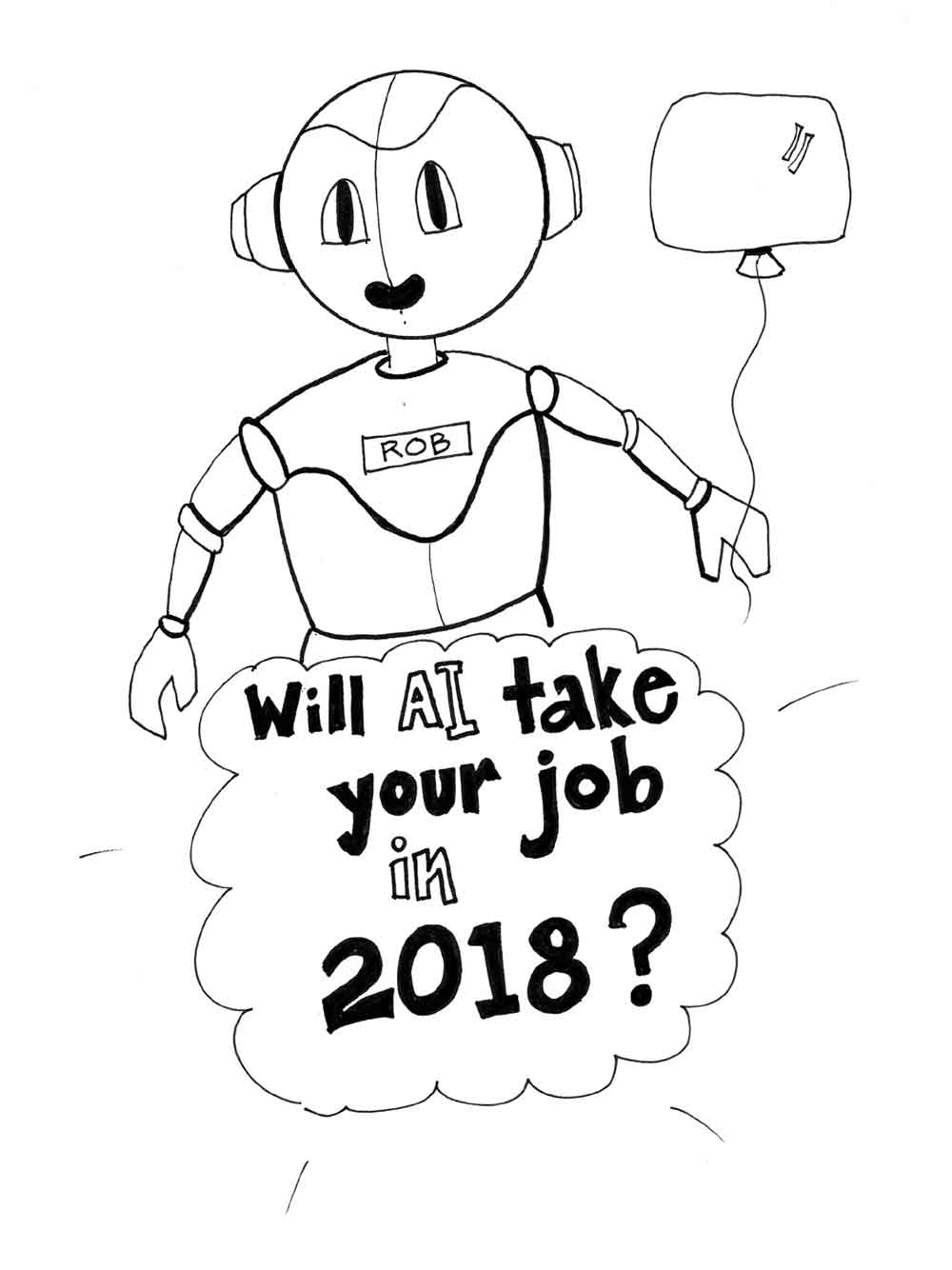 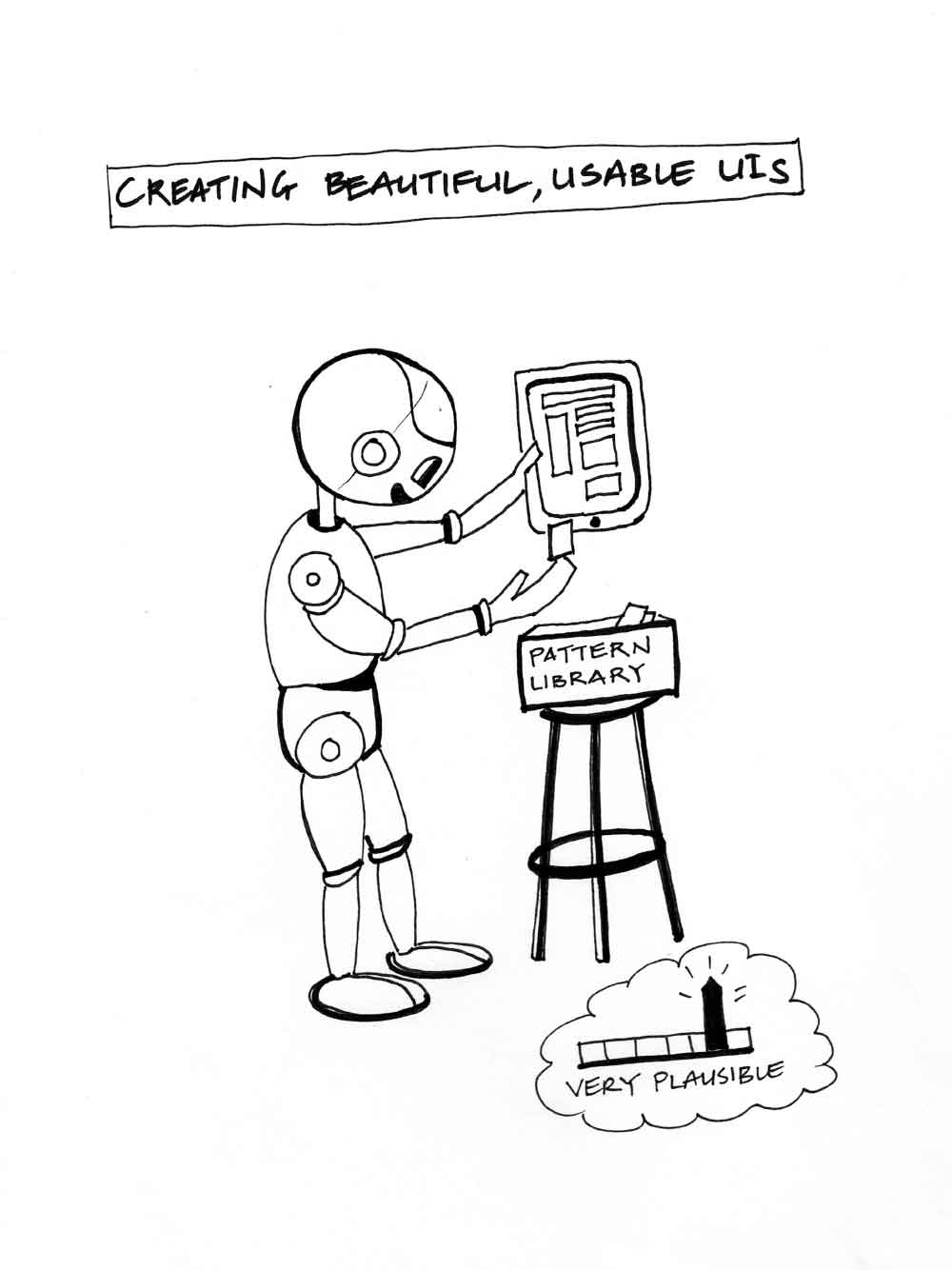 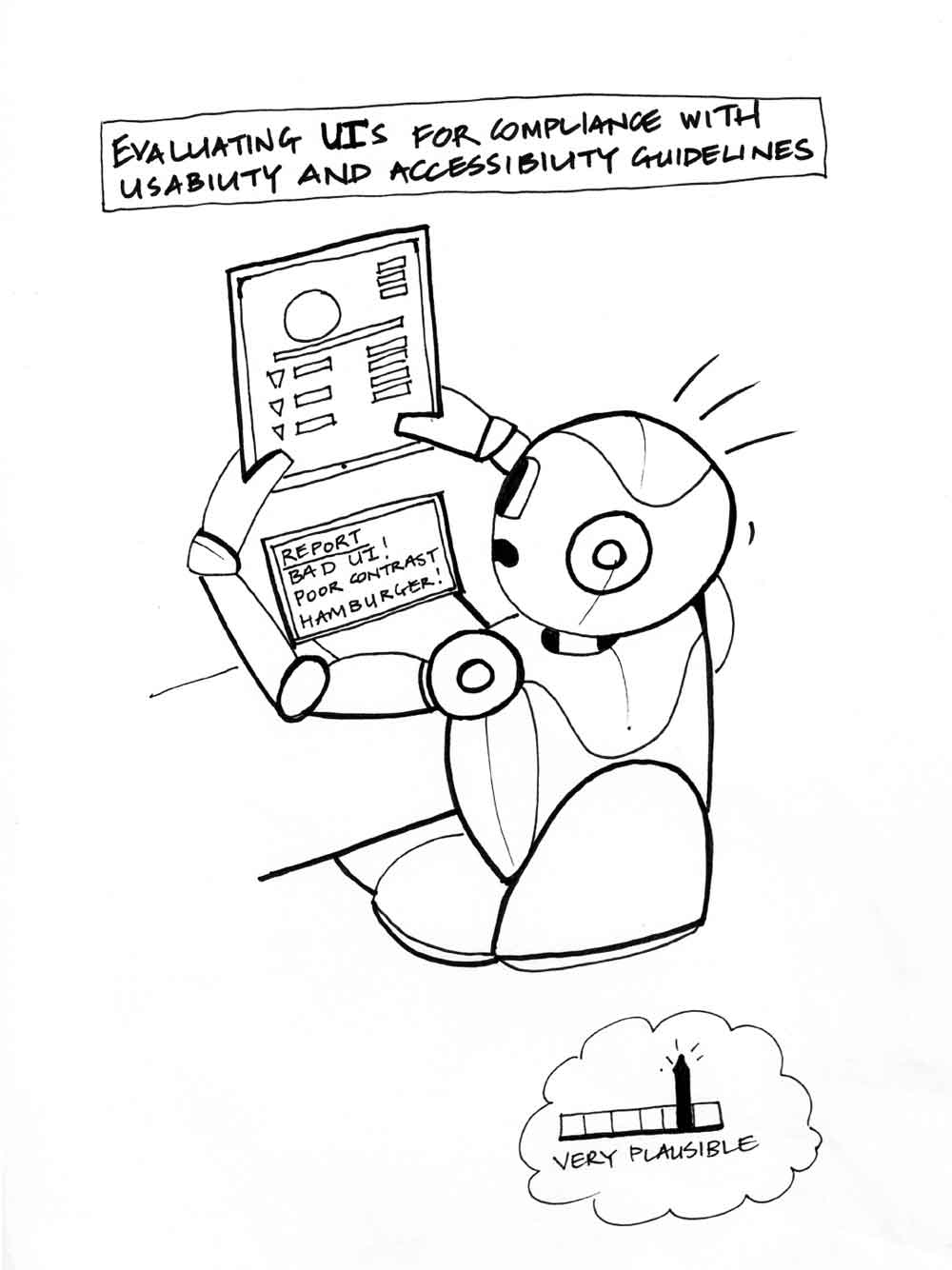 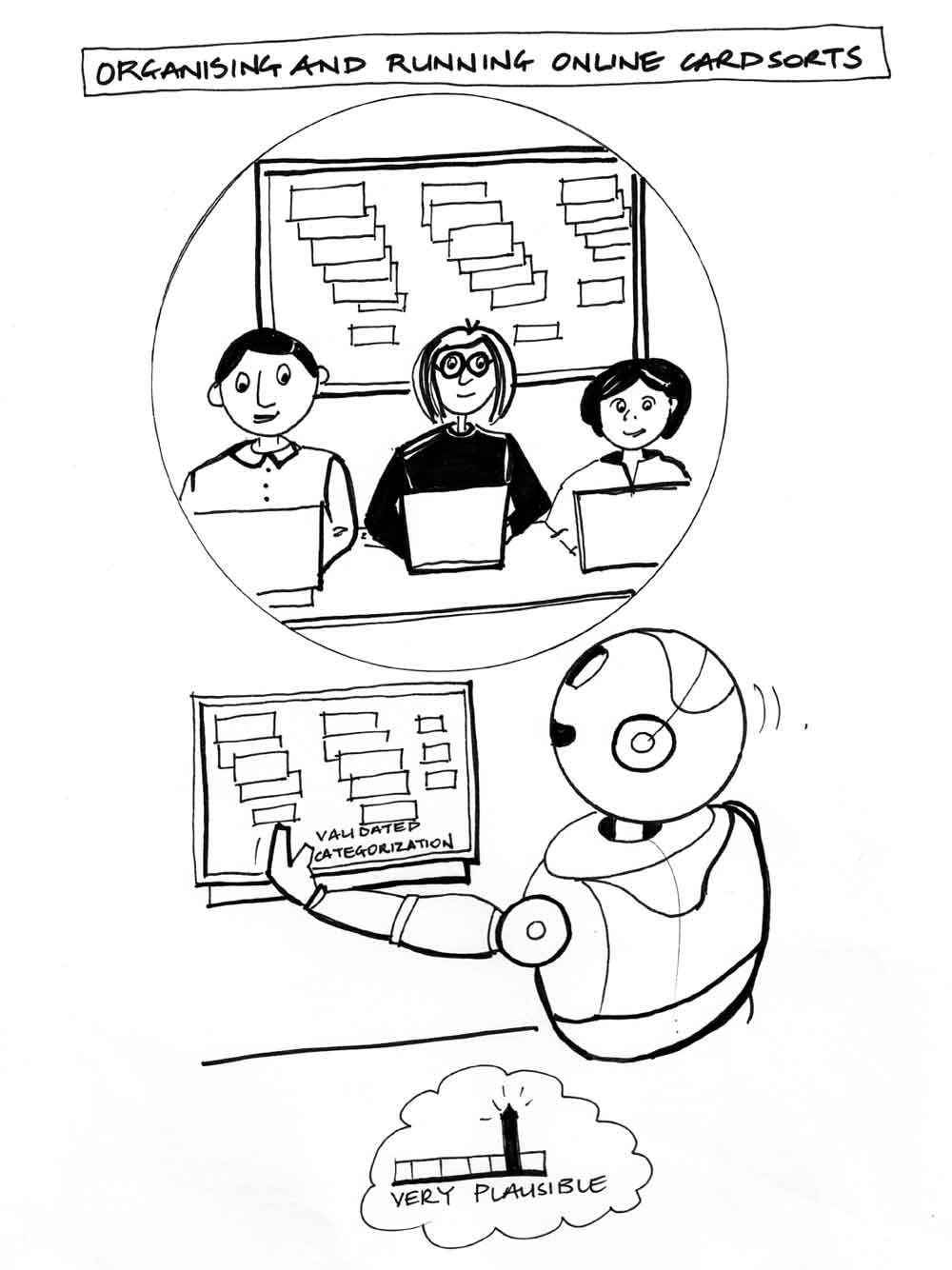 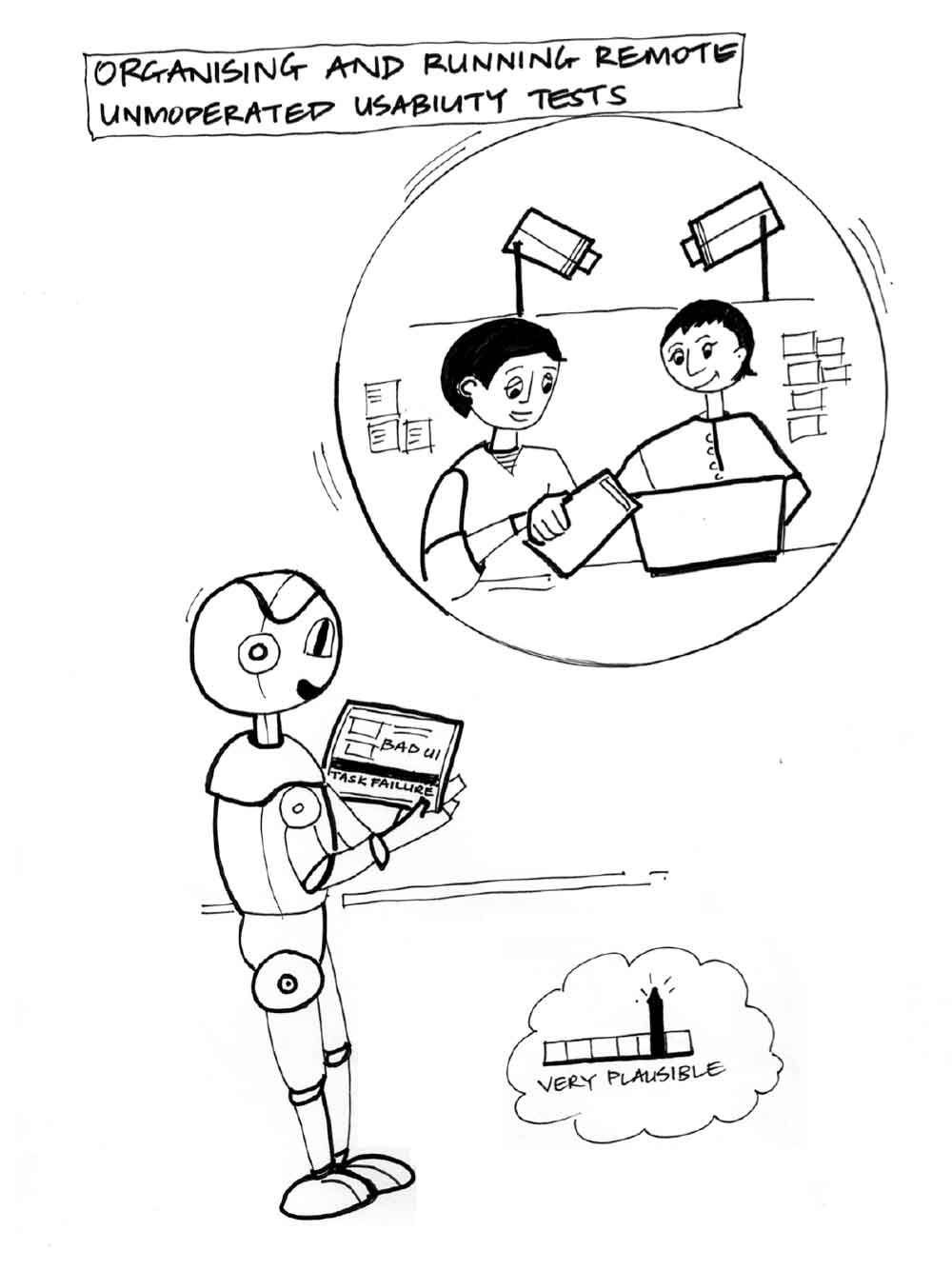 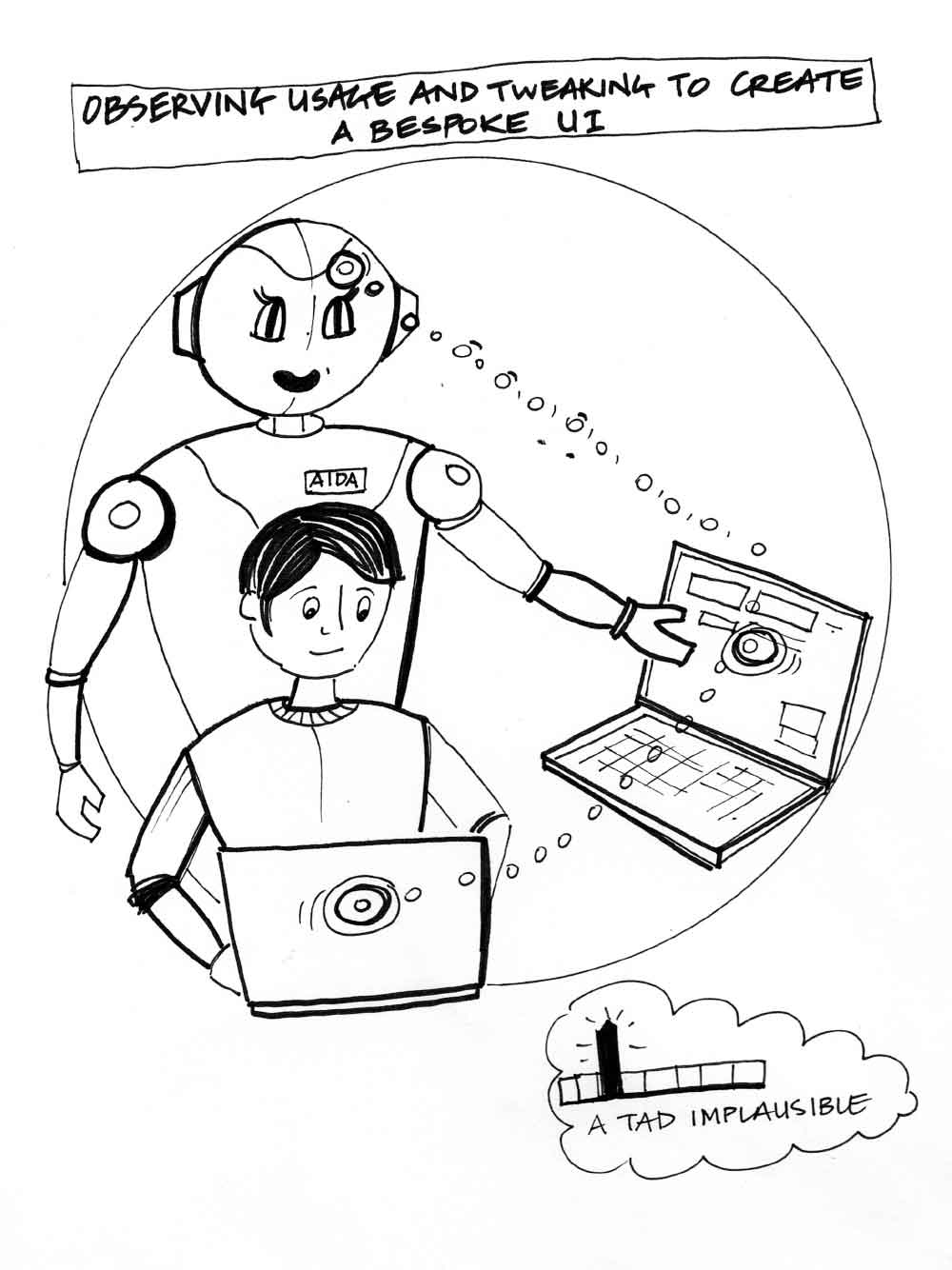 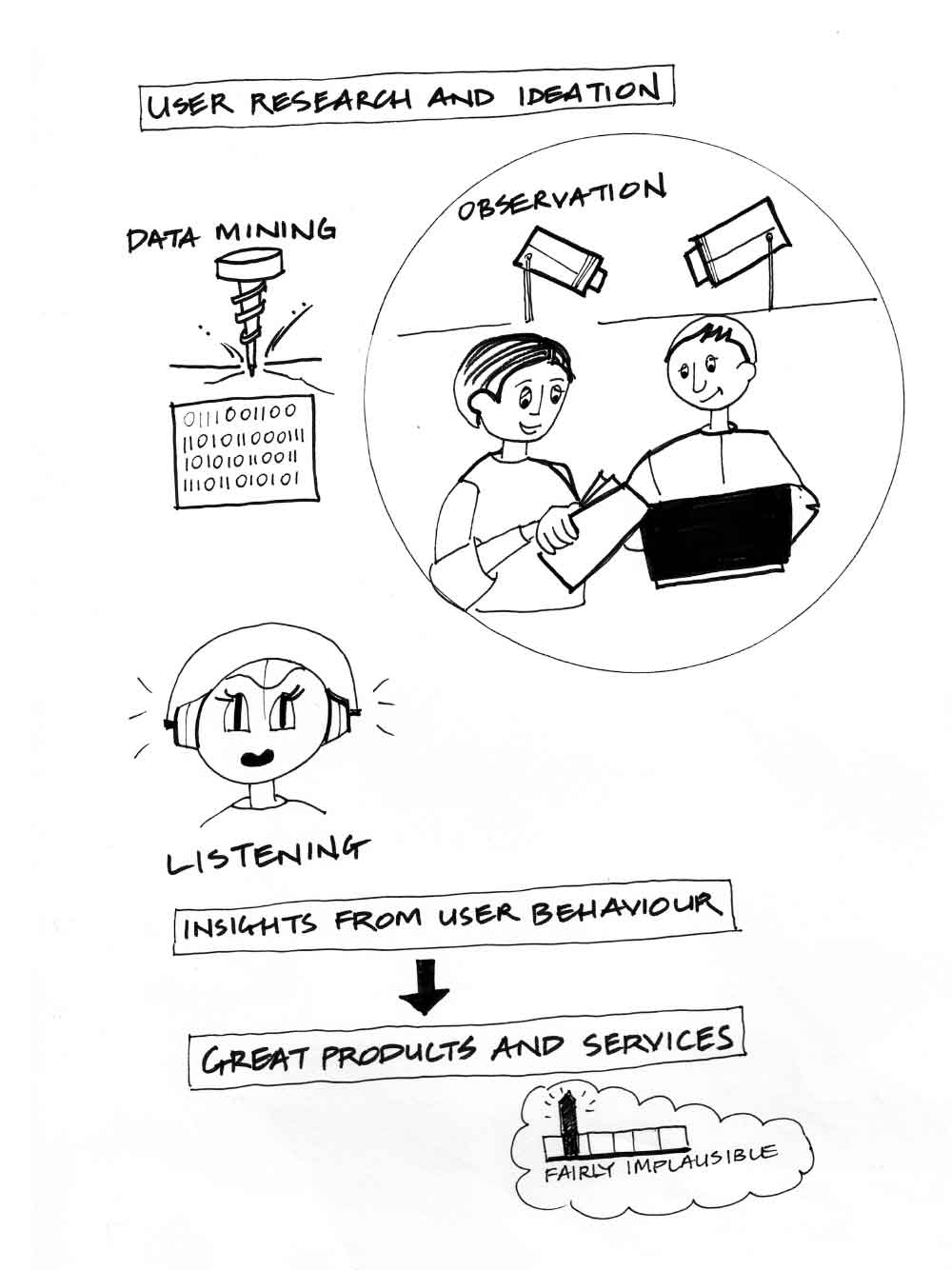 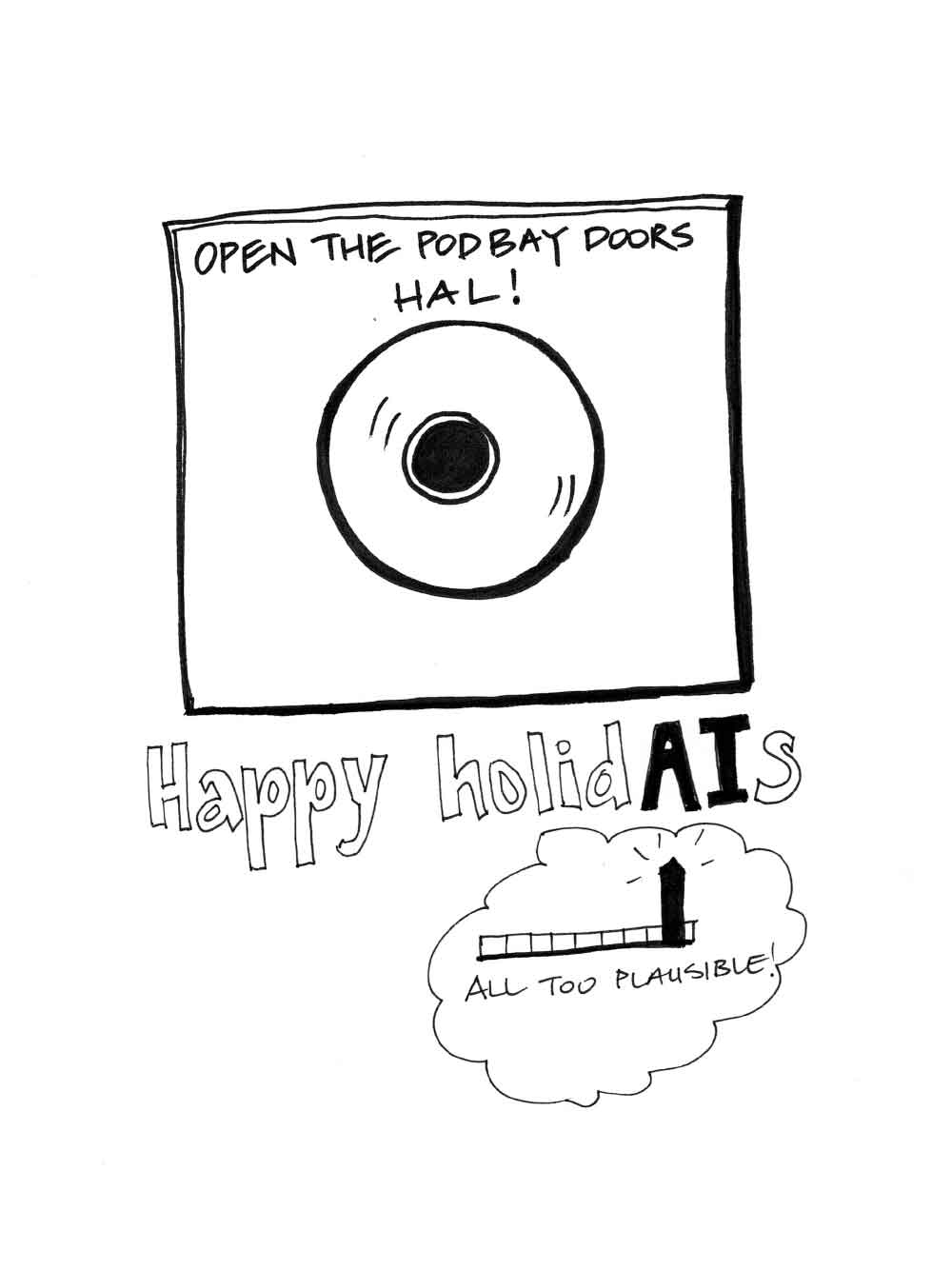 Panel 2: Cartoon. A robot is taking elements from a box labelled 'Pattern Library' and assembling a user interface on a tablet device. The title reads: “Creating Beautiful Usable UIs”. A scale has an indicator labelled 'Very Plausible'.

Panel 5: Cartoon. A robot is using cameras to observe two people using a tablet and computer respectively. The robot is writing a report on a tablet, containing two notations: 'Bad UI' and 'Task Failure'. The title reads: “Organising and Running Remote Unmoderated Usability Tests”.  A scale has an indicator labelled 'Very Plausible'.

Panel 6: Cartoon. A robot named Aida is observing a person using a computer, and modifying the UI. The title reads: “Observing Usage and Tweaking to Create a Bespoke UI”. A scale has an indicator labelled 'A Tad Implausible'.

Panel 8: Cartoon. A stylised camera lens, shamelessly copied from the movie '2001: A Space Odyssey', is labelled 'Open The Pod Bay Doors, Hal'. The title reads: “Happy HolidAIs”. A scale has an indicator labelled 'All Too Plausible'.

Gerry Gaffney runs UX consultancy Information & Design in Melbourne, Australia and the User Experience podcast at uxpod.com. Although he’s passionate about user-centred design, he secretly yearns for the day when we can hook up all the machines and eliminate the intermediary. 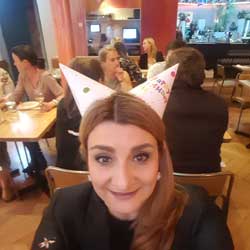 Gina Ellis has a secret past as an industrial designer, but got sucked into the vortex of shopping mall design and delivery for many years. She’s currently working in the banking sector where she’s walking the fine line between digital transformation and bricks-and-mortar design and implementation.