This game walkthrough provides three tips for safely negotiating UX battles which The Team may encounter throughout your career. Ready. Set. Fight!

Do you remember the old man’s words of wisdom  from the 1986 video game The Legend of Zelda? He warned you “it's dangerous to go alone!”  then said “take this” and handed you a sword.

Throughout your career you will probably have to deal with many difficult people in the workplace. They might be hellish clients, project managers, or even stakeholders that micromanage, bottleneck communications, or simply presume they already understand everything about design, development, and usability.

In this tip, your ‘sword’ is another person that you should take with you to meetings. This ally could be a fellow team member, it could be another person working on the project, or it could even be a supervisor. Simply having another perspective and set of eyes and ears  can reduce miscommunication, increase your defense, and eliminate many surprise attacks. You’ll be surprised at how much more smoothly meetings will go than if you were one-on-one with a difficult professional.

In the 1988 video game Super Mario Bros. 3, hidden warp whistles in the game's levels allowed you to skip minor, unimportant, time consuming, or overly difficult gameplay by traveling through a warp zone. In much the same way most role-playing games give you the option to run away if you accidentally get into a battle that is too difficult to win.

In your career as a UXer you are going to encounter situations where you will need to choose your battles. These choices will be informed by determining, and then applying, the appropriate level of effort (LOE). Sometimes the LOE may be a speedrun – especially if you have a team mature in lean and agile practices – but other times there might be unforeseen lag and rubberbanding, which may cause delays in getting user insights, or repeating work may occur.

You will need to ask yourself if the styling of that button is worth the overly difficult arguments or confrontations, or if you should warp/run away to save your strength for something of greater importance (and a greater chance of success). It will take time to refine your ability at determining LOEs, but knowing when to blow the warp whistle, or run from battle, will be one of your most valuable skills.

(Screenshot:Your team might choose to avoid a battle with management)

The 1994 video game Final Fantasy VI has one of the longest boss fights you might ever play. The final boss scene is made up of four phases, and requires your entire team’s participation in the battle.

Every now and then you will work on initiatives or projects that will require the whole team to work with other teams of professionals. When this type of project happens, your team will put in many hours of work, potentially spanning years of resource time, and ultimately feeling like a never-ending, uphill skirmish.

In battles of this kind, it will be important that your team knows when and where to attack and defend. You will need to be able to rapidly recruit, onboard newbies (beginners in UX who need support), and strategically deploy skills to the frontline based on their expertise and experience. Just as important, you will need to know when to take your champions off the frontline to recover, support one another, and sustain the long-term fight (because running away isn’t an option in a boss battle).

(Screenshot: The team celebrates victory after a hard-fought boss battle)

There’s a big overworld map, and there are a lot of employment opportunities out there for UXers beyond the usual game worlds of agencies and corporations;  nonprofit, enterprise software, the service industry, and healthcare all need you on their teams too.

Just remember, you may not be playing your favorite game right now, or you may not even like the game you’re playing at all, but you can always hit reset and put in a different cartridge. No matter the game, keep these tips close at hand. Your next save point may be long after you face your next UX Battle. GG. 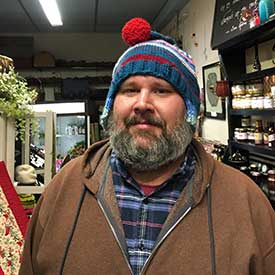 Tim Broadwater fancies himself an artist, designer, horror movie aficionado, decent game master for Pathfinder/Starfinder, and a starting strongman. He likes all food except arthropods, all types of games, coffee milkshakes, and tattoos. He is currently employed as a UX Software Design Engineer at Leidos, and works as a UX Unicorn for UserGoodness. Tim has over 20 years of expertise in UI design, front-end development, UX research, and content strategy. He is well-versed in digital product life cycles, Lean UX principles, and user/business goal alignment. Current areas of interest to Tim include Enterprise Software Usability and Omnichannel UX.